Electrical stimulation is a stressor that can affect the vascular system and has been found to increase blood flow, which is mediated in part by the release of Nitric Oxide (NO). Since electrical stimulation increases blood flow, it also increases the sweat response using a similar mechanism mediated by the release of NO.
The sympathetic cholinergic nerves release acetylcholine (ACh) that evokes the release of NO at the endothelial cell causing vasodilatation that mediates sweating.
Shear stress is a mechanical method for activating the phosphorylation cascade utilizing protein kinase to facilitate endothelial NO synthase activation and production of NO.
Schlereth and colleagues conducted a study using electrical stimulation to obtain a sweat response that was found to be arranged somatotopically in the lower extremity.  A focal loss of the sweat response may be asymmetric and while the people with diabetes experience hypohydrosis in the lower extremities, hyperhydrosis is experienced at the head and chest to compensate for the lower extremities.
Pulsewave Blood Pressure and Volume Plethysmography

Pulse wave blood pressure measurement is patented  different from the oscillometric method and fully validated by numerous studies.
The ankle-brachial index (ABI) is the ratio of the systolic blood pressure (SBP) measured at the ankle to that measured at the brachial artery. Originally described by Winsor in 1950, this index was initially proposed for the noninvasive diagnosis of lower-extremity peripheral artery disease (PAD).
Later, it was shown that the ABI is an indicator of atherosclerosis at other vascular sites and can serve as a prognostic marker for cardiovascular events and functional impairment, even in the absence of symptoms of PAD.
RECOMMENDATIONS FOR THE USE:
– In the case of clinical suspicion based on symptoms and clinical findings, the ABI should be used as the first-line noninvasive test for the diagnosis of PAD.
– An ABI <0.90 should be considered the threshold for confirming the diagnosis of lower-extremity PAD.
– When the ABI is >1.40 but there is clinical suspicion of PAD, a toe-brachial index or other noninvasive tests, which may include imaging, should be used.
LEARN MORE ABOUT TBL-ABI TECHNOLOGY
LEARN MORE ABOUT SWEATC TECHNOLOGY 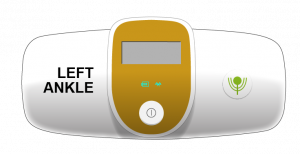 Plethysmography (PTG) is a simple  optical technique that can be used to detect blood volume changes in the microvascular bed of tissue. Although the origins of the components of the PTG signal are not fully understood, it is generally accepted that they can provide valuable information about the cardiovascular system.

There has been a resurgence of interest in the technique in recent years, driven by the demand for simple and portable technology for the primary care and community based on clinical settings.
Regarding, the advancement of computer-based pulse wave analysis techniques, the PTG technology has been used in a wide range of commercially available medical devices for measuring oxygen saturation, blood pressure and cardiac output, assessing autonomic function and also detecting peripheral vascular disease.
LEARN MORE ABOUT OXI_W TECHNOLOGY